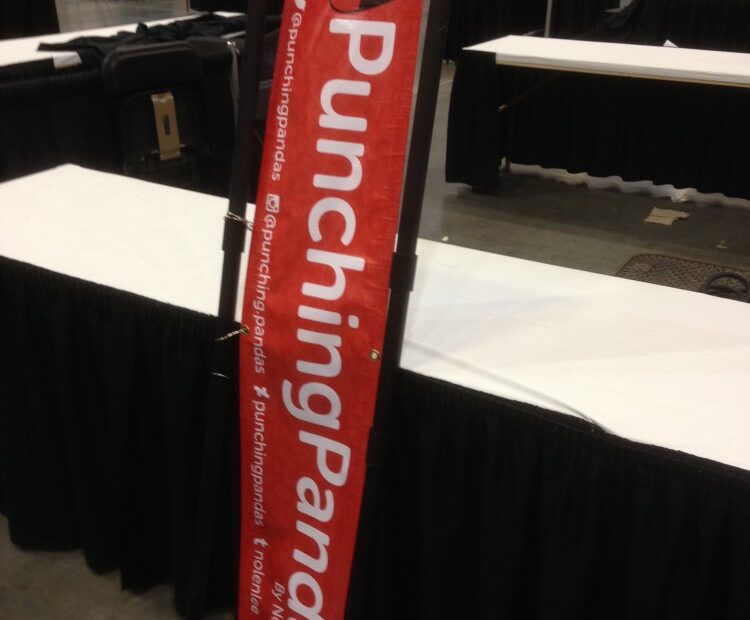 Hey everyone, sorry it’s taken me a while to post this, but I finally recovered from the adrenaline drain from the last two comic cons. I’ve gotten back in rhythm, so it’s business as usual.

So where do I begin with ECCC and Fan Expo? First of all, I loved it.  I loved the energy of both events. I loved the people I met. I loved seeing the crazy cosplayers. I loved the all the activity happening around the table. Overall, I enjoyed every minute of my first con experience, and I’m hooked! Now let’s get into the details.

This was my first time tabling at a con, and it was a little like baptism with fire. ECCC is currently North America’s 4th largest comic convention behind the big daddy Comicon in San Diego, New York Comic Con, and Toronto’s Fan Expo Canada starting from the largest. Actually, this wasn’t supposed to be my first con; it was supposed to be the Fan Expo in Vancouver, but due to a well-timed email, I managed to sneak in at the last minute. Score!

Once I got the paperwork in, it was time to get biz-ZAY. At this point, we were preparing for two cons since Fan Expo Vancouver was happening  on the following weekend. And by “we”, I mean, Olwen because frankly, I suck at organizing. The next four weeks were spent reading, researching, and fretting over all the ins and outs of running a table.  We looked over details, we overlooked others, and before we knew it, the cons were upon us!

To be honest, I had no idea what would happen when the doors were opened. I didn’t know if I was going to be met with hordes of ravenous fans or be met with deafening silence. Despite all the preparation, I tried my best to come in with no expectations.   If we have one sale, that would be a success, Olwen told me.

In general, we had a LOT of people visit our booth, maybe not because of us specifically, but by the fact that 20,000 people were coming in every day.  At times, I felt like I had a sixth sense right before a wave of people was about to swarm the artists alley. Our spot was close to the celebrity signings, so when a panel ended or a high-profile celebrity arrived, we started getting streams of visitors.

I decided to do commissions to see if I could handle it.  Turns out a LOT of people wanted commissions. I got so slammed I didn’t even leave my table on Saturday and Sunday. Here are some of the commissions that I finished below.

The thing that I was looking forward to at ECCC was meeting the people I’ve gotten to know through social media. It’s like we know each other, but we’re still meeting first time. Kinda like online dating, I guess… but I digress. 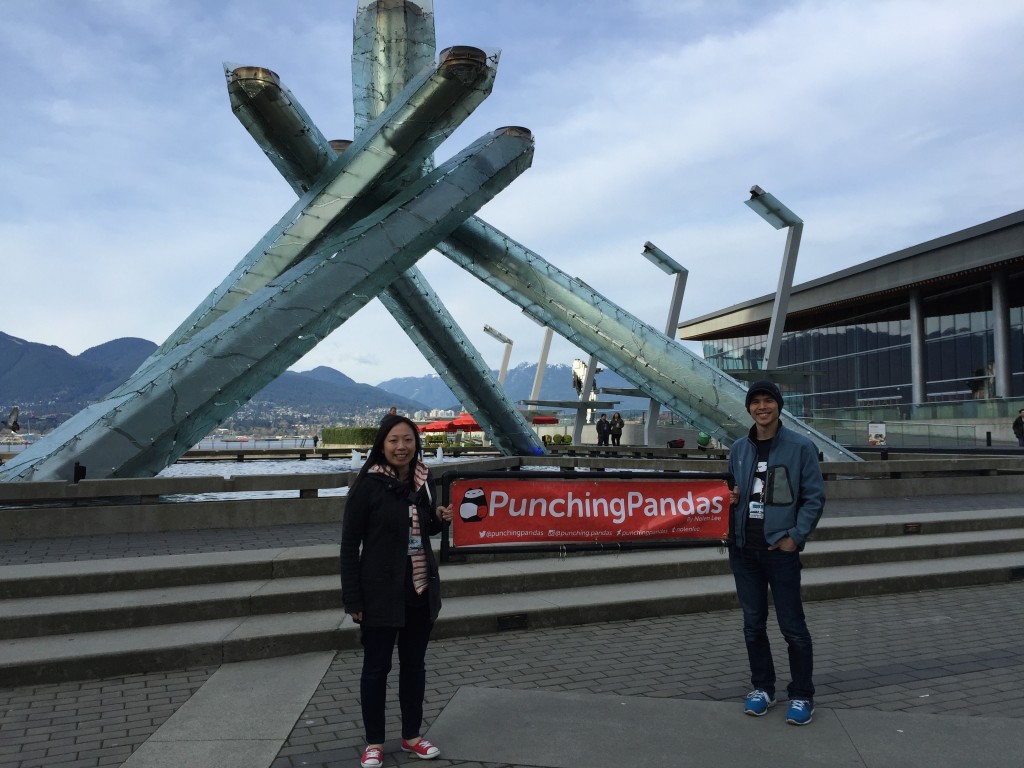 The following weekend, we headed up North for Fan Expo Vancouver. To be honest, I was too focused on ECCC that I had not done enough research with Fan Expo. For one thing, Fan Expo is only in its 4th year, a really young comic con.  As a result, the attendance is about a third of ECCC at around 25,000, that’s like a busy day at ECCC.

When I arrived at my booth, I discovered that someone had already setup shop.  Apparently the day before, the organizers had mislabeled the tables which led to someone setting up in my spot.  Fortunately, we were able to occupy the space that they were in which ended up being just two tables down. I even ended up making friends with the two artists working that table, Aimee Zhou and Marian Huber who happen to be my fellow ‘Muricans. But I had a feeling that the Fan Expo ship wasn’t as tightly run as was expected.

Fan Expo Vancouver was definitely a lot more laid back compared to ECCC.  I was surprised to hear that people were able to get tickets at the door, but that’s probably because my only reference point was the 4th largest comic con from the week before. Part of the reason the attendance isn’t as big at Fan Expo is probably because Sakura Con in Seattle and Wonder Con in Anaheim happen on the same weekend.

I also noticed that many people didn’t take notice of our booth as much as in Seattle, almost like we were invisible. I felt like at ECCC, the people who were browsing noticed our booth and would spend a few seconds looking over it before moving on.  In Vancouver, people would notice our booth, but only for a fraction of a second before they moved on.  And it wasn’t like the artists alley at Fan Expo was so huge that they needed to hurry through all the booths. I was told that because the event is so young, there are a lot of attendees who are new to the experience and are probably a little overwhelmed with the whole scene of artists, vendors, and celebrities bunched up together in a single room. Not really making a judgment, but it was interesting to observe.

Unlike ECCC, I barely got any requests for commissions. Most of them ended up coming on the last day, but I still had fun with them. And like ECCC, the ideas were just out of left field.

Aside from Friday morning’s miscue, I enjoyed Vancouver, but it will probably take years before it can have the numbers to compete with Seattle. Next year, ECCC is planning on showing for four days, which could potentially push it above Fan Expo Canada for the third largest North American comic con. Fan Expo Vancouver is moving to November for next year, but that’s nearly a year and a half away, I’d hope they can build enough hype by that time to get a bigger attendance.

And like the last con, I got to make some new Canadian (and some ex-pats) friends at the show.  Check out these folks too: Candice Prince, Brian Hoang, Gillian Newland, Euge Leung, Clara So, Lindsay Ishihiro, Braden and Jennifer Poirier, Jayleen and Jeri Weaver, Molly Marmalade, and Ed Siomacco.

I’d like to send out my thanks to Mike Tam, Lawrence Lam, and Gabe Chu for helping out with the setup, running the table, and packing up.  Finally, to my lovely wife, Olwen for being my very organized project manager and my biggest supporter.

Overall I had a great time, and I’m looking to doing more soon.  Stay tuned, maybe I’ll see you at the next con!

Panda shop will be closed from July 2 to August 1. Dismiss