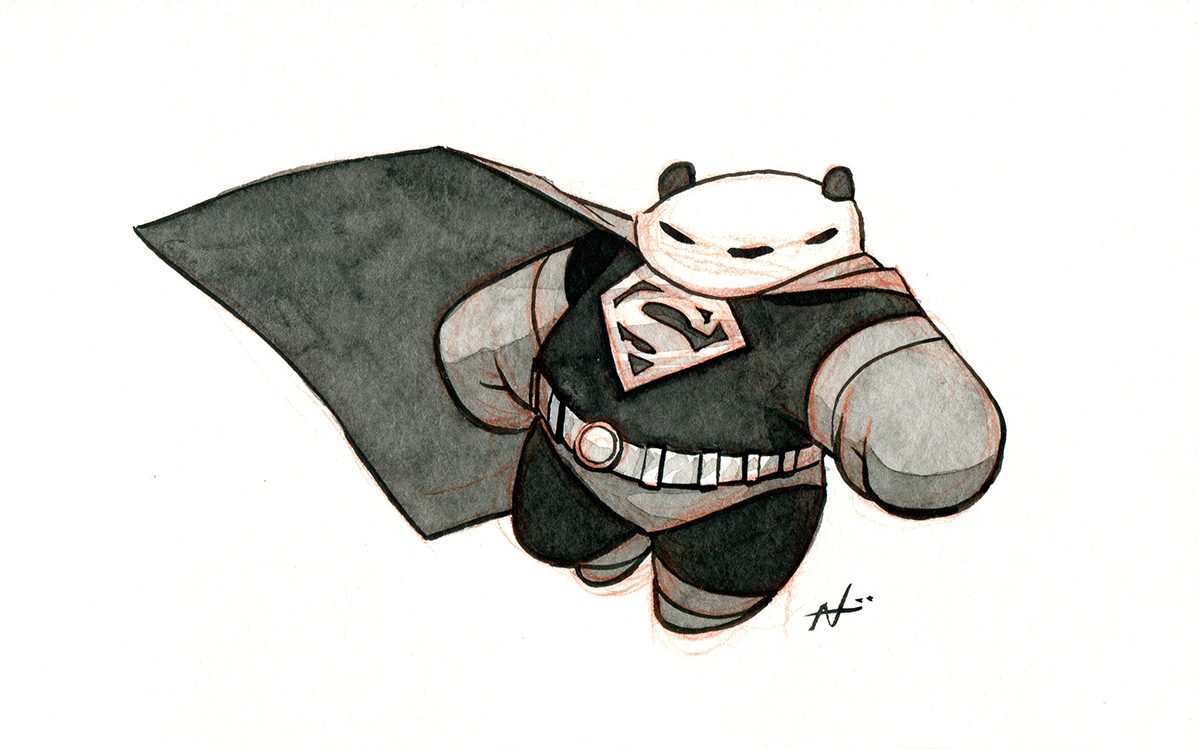 Leading up to Emerald City Comicon, I decided to do another series of pandas titled “Super Pandas.”  I tried to pick the most popular superheroes I could think of, but there were still a lot that I left out.  Maybe I’ll revisit them one day, but for now, let’s start with the X-Men, or should I say, X-Pandas!

Then there’s DC Comics’ Justice League (it depends though if you think Cyborg belongs here or not).

How can we forget Marvel’s Avengers!