I’m happy to announce that my entry was accepted into Emerald City Comicon’s Monsters and Dames art book. This year’s entry also includes a cast of three compared to my last couple of entries.  I will also be tabling at the ECCC artists alley again Mar 1-4, so if you plan on purchasing the art book, come see at Table J4 so I can sign your book. You can read more about the details and other artists in the book on ECCC’s Monsters and Dames page. 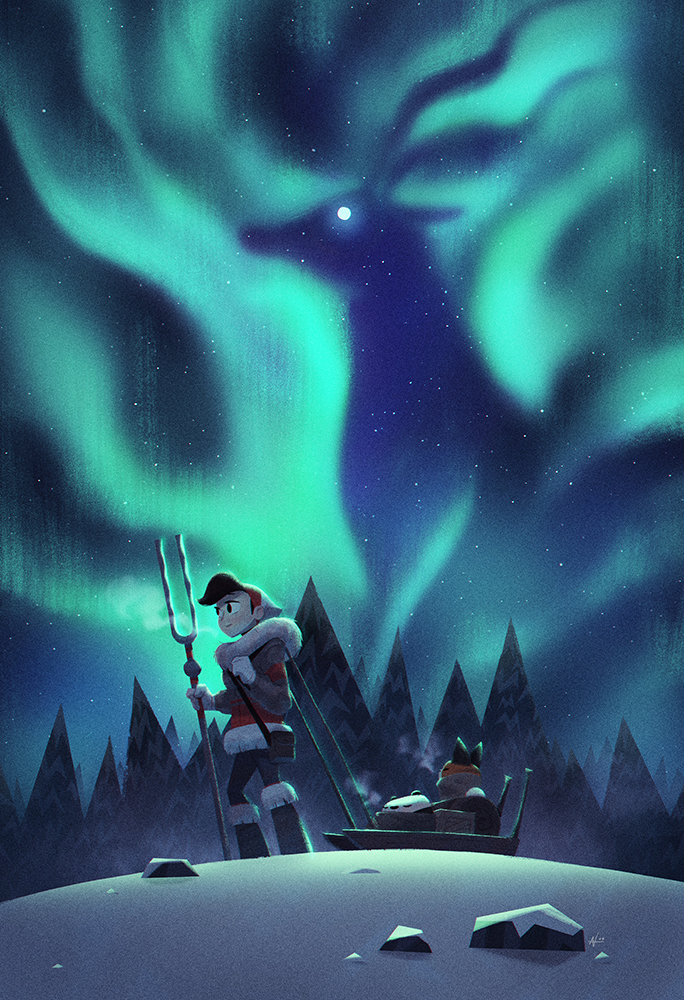 It took a while for me to land on a concept. I knew I was going to do something with northern lights, so my first concept had glowing fish flying out of a lake and forming the lights in the sky. After trying out several compositions, I felt like the idea wasn’t working for me. I was also starting to run out of time to work on the piece, so I decided instead to go with a different idea for the figure in the sky.

I also doodled a bit with the colors to figure out what the end result could look like. Another reason for abandoning the fish concept was because I didn’t want to make this piece feel like a continuation from last year’s entry which was also on a lake. 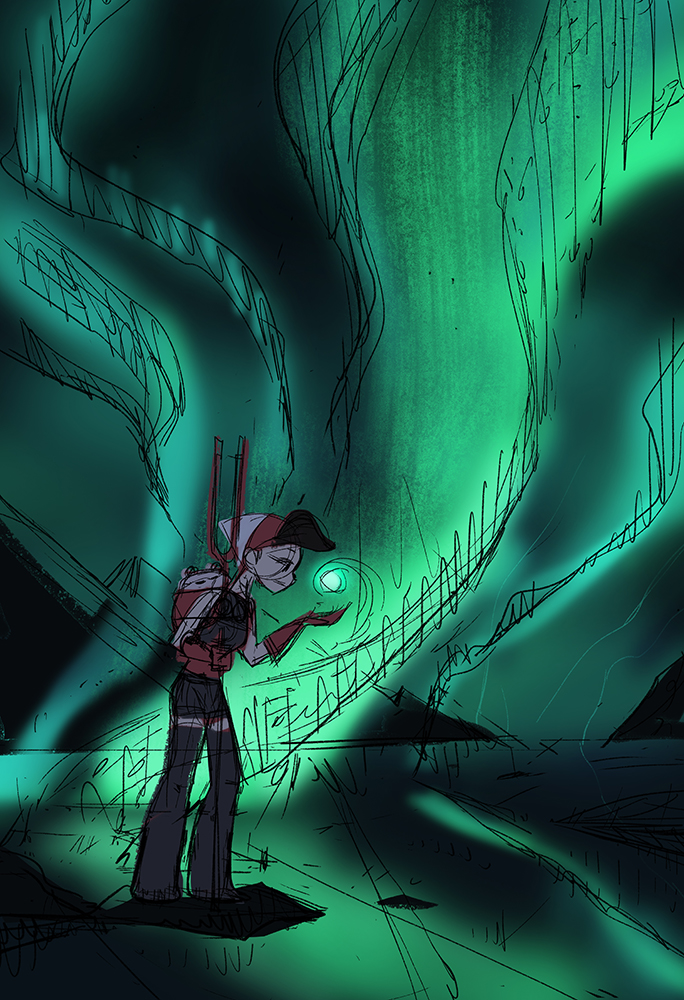 I started playing around with the lines of the northern lights and ended up with a stag-like creature. Northern lights have a flowing quality to them, and it felt like the stag was a good solution. 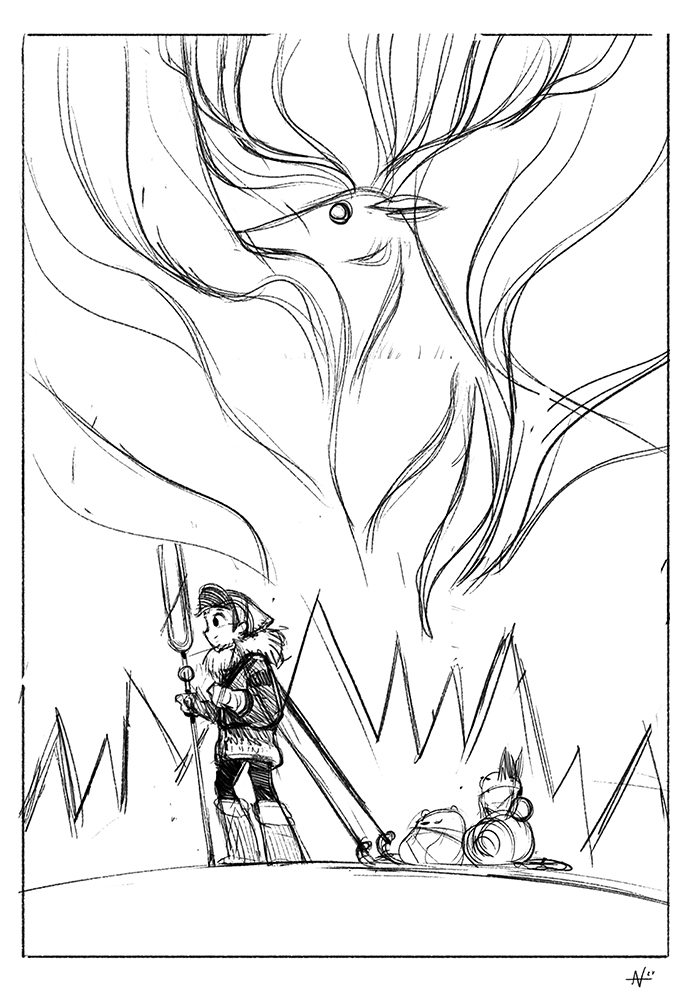 Lastly, I gave the Panda Courier a winter makeover and included the red panda just because I feel like it’s about time he gets included in one of these pieces.