When I was preparing to display my art at Cafe Cesura, I was planning on including the four Pandamonium: Urban Brawl pieces from my Pandamonium show. But there was something that didn’t sit well inside of me about those pieces. For one thing, the pieces were incomplete. In the days leading up to my Pandamonium show, I was scrambling to complete the PUB pieces before I had to send them to the printer. I even pulled an all-nighter the day before to get the piece to a respectable level.

Even though the piece got a good reception, I still wasn’t completely happy with the piece. I expressed my thoughts to Olwen, and she suggested I touch it up a bit, but I knew it wasn’t going to be just a touch-up. It was going to take me a lot of time, A LOT of time. But I was going to do it.

In order to finish on time, I had to economize the way I worked. That meant creating more custom brushes for the buildings and the trees. But the pandas and all the broken windows were done by hand, there’s no cutting and pasting there. In my first Pandamonium piece, I knew I had 500 pandas; in this one, I lost count.

A few weeks later, here’s the final product. I still have it printed in four separate pieces in case someone wanted to take home a smaller portion, but I do plan on printing the whole thing at once eventually. I can probably still work some more on this piece, but I’m completely satisfied with how it turned out. 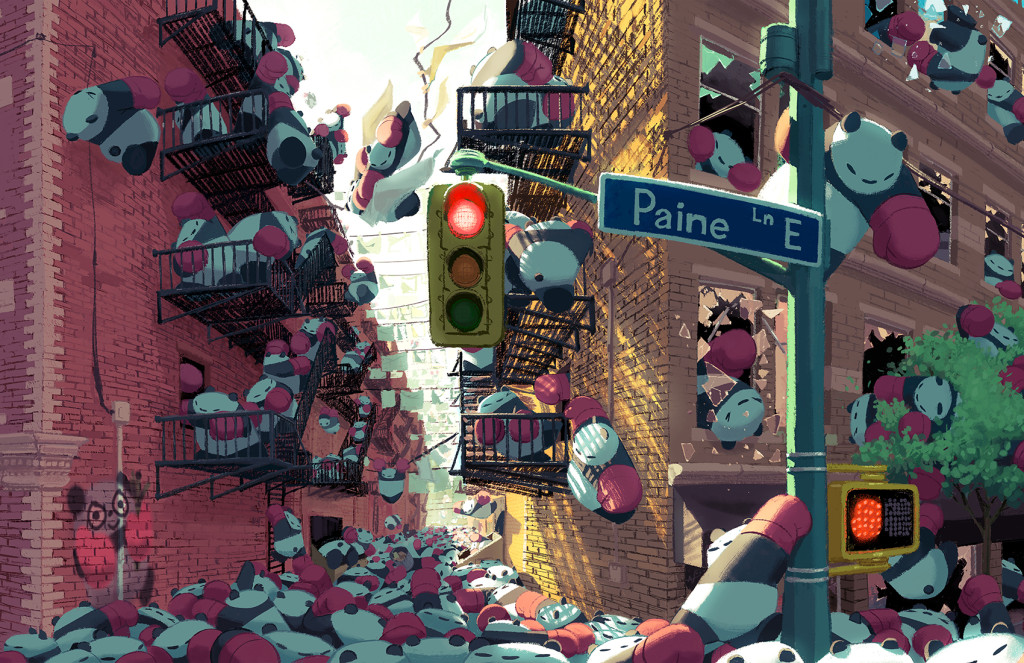 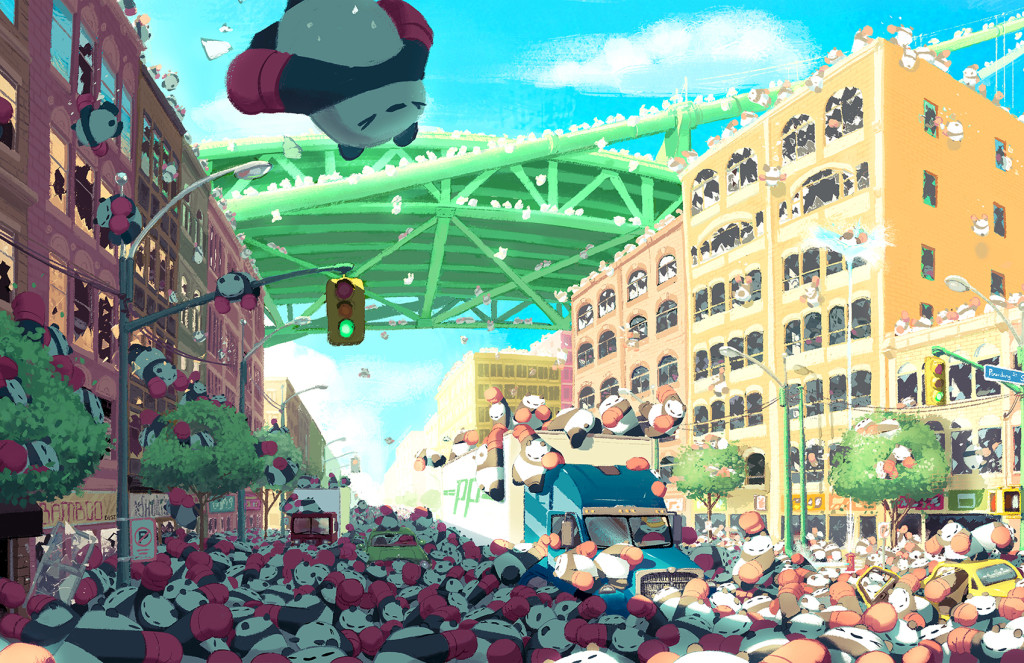 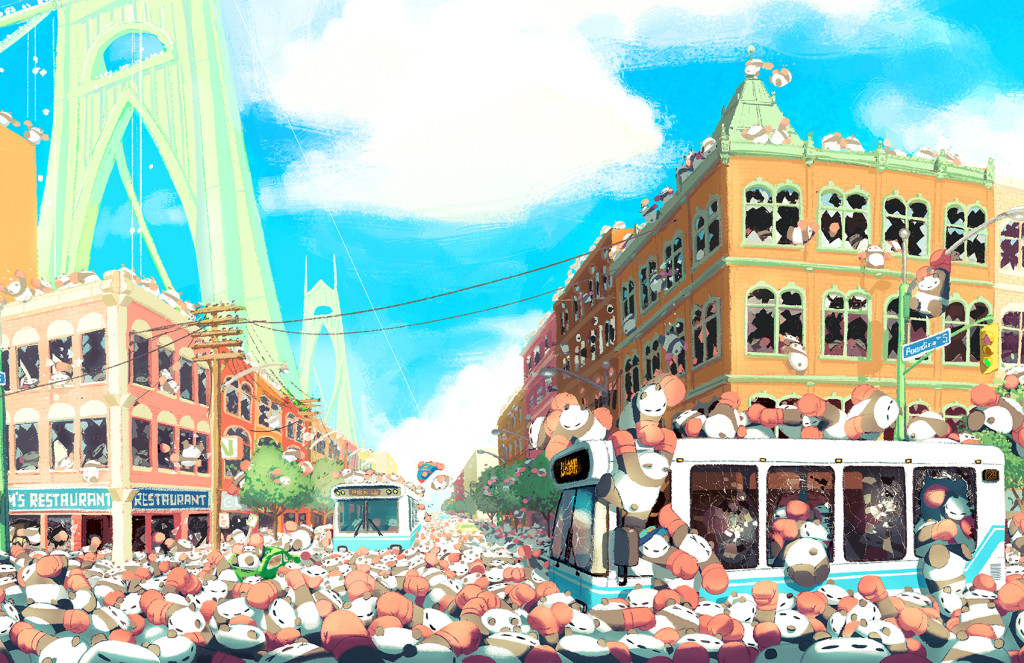 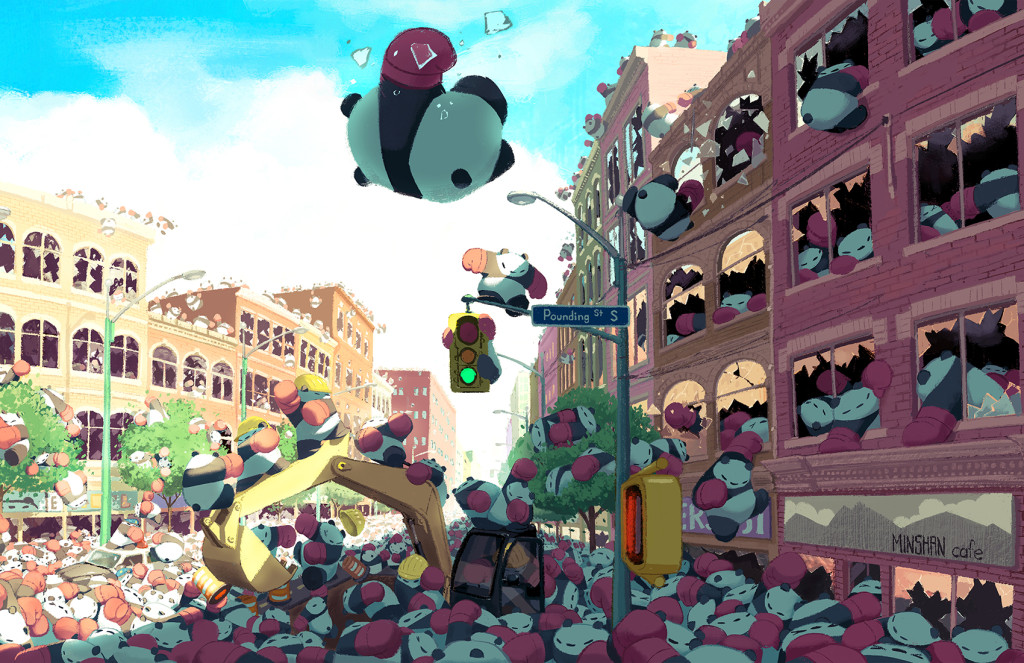 Panda shop will be closed from July 2 to August 1. Dismiss