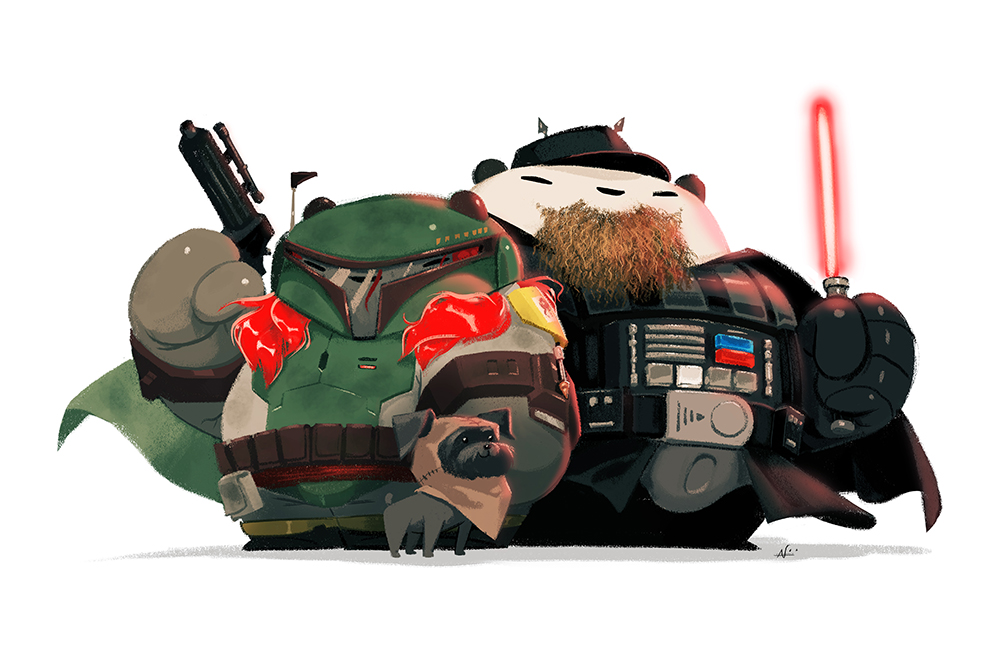 I forgot to post this a while back, but here’s a commission that I did a while back for my friend Drake for Rose City Comic Con. He requested that he and his girlfriend be drawn as pandas. She was supposed to be Boba Fett, and he wanted to be Vader except that he would be sporting his usual studded hat and goatee instead of the Dark Lord’s helmet. Also, their dog would be an Ewok.  This is why I like commissions, I would have never come up with these ideas! 🙂